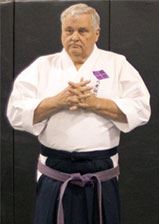 A Little Background and History

In 1959, young Mike LaMonica joined the City of Akron's Police Department where he stayed for 21 years, working as a patrolman, in the Detective Bureau, Department of Community Relations, in command of the Intelligence Unit, S.W.A.T. Unit, and was assistant Director of the Training Bureau. During these 21 years, Mike earned himself a reputation as a dedicated public servant, and an officer anyone would be honored to have as a partner. Mike also received many awards for Police Heroism and Public Service. Among his best assignments, besides teaching young law enforcements students, both at the Police Academy and at The University Of Akron, was guarding V.I.P.'s that flowed through the City of Akron and North Eastern Ohio. Mike has worked with the Secret Service, the F.B.I., and County Agencies during political visits and has also guarded people such as Danny Thomas, who came to Ohio for fundraisers and personal appearances. These duties placed Mike in contact with Presidents Reagan, Carter, Nixon, and Governors Celeste and Rhodes of Ohio, and many others that came to Ohio, plus many other show business figures. 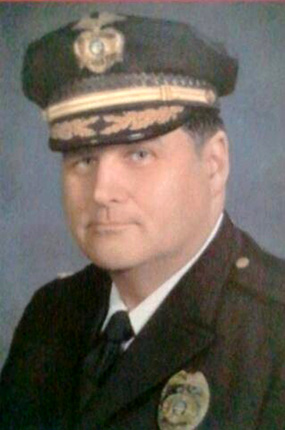 Michael J. LaMonica, a strapping man of 6'4", is not only a "crack shot", but in the opinion of his fellow officers, can handle the toughest of the tough. In May 1980, LaMonica left his post with the Akron Police Department to take on yet another challenge, Chief of the Fairlawn Police Department. Although this community is small in population, it is the fastest growing commercial area in Summit County, Ohio. Along with his dedicated Police work, Mike has raised his family of five (5) children, all girls. His wife, Chris, is a 6th Degree Black Belt (Shihan) in Hakko Denshin Ryu JuJutsu. Michael J. LaMonica has also received many honors over the years. Some of which were: 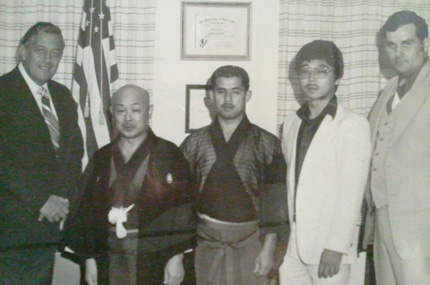 As the first non-Japanese to ever receive the highest rank for technical excellence, San Dai Kichu (three great pillars), he was often relied upon for council by the founder of Hakko Ryu, "Soke" Ryuho Okuyama. So trusted is he that in August of 1981, he received a certificate naming him as a personal advisor to Mr. Okuyama, who had passed away in 1987.

Mike began his martial arts training while serving in the Marine Corps in the late 1950's. Then in the 1960's, he had an opportunity to meet the man who introduced Hakko Ryu to the United States, James A. Benko. As a Police Officer, he quickly saw the value of Hakko Ryu techniques for law enforcement. 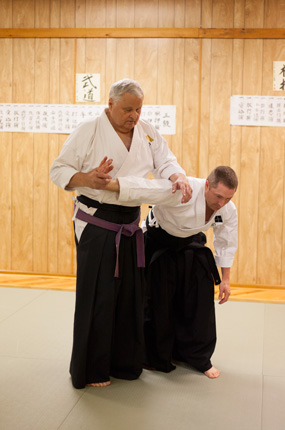 Mike began training with Mr. Benko shortly after they met, and continued until 1975 when he was invited by the Okuyama family to live with them as an uchideshi (special disciple). Upon completion of his study, he was awarded the certificate and Makimono (hand scroll) of Menkyu Shihan (Master Instructor License). In 1979, at the invitation of Mr. Okuyama, Mike returned to Japan to complete the most advanced training given in Hakko Ryu, and was awarded the Kaiden (deepest mysteries) and San Dai Kichu (three great pillars) Makimono.

Mike, together with his wife Chris (who was the first non-Japanese women to receive Shihan in Hakko Ryu), teach various law enforcement agencies in Ohio, and Mike has served as an instructor at the F.B.I. Academy. To compliment his Hakko Ryu and police experience, Mike trained in Tokyo with the Dai Yon Kidootai (#4 Riot Police) under Tsunemori Kaminoda. Additionally, he studied jo (4 foot 2 inch - stick) techniques under Takaji Shimizu and he studied the Masaki-ryu Manrikigusari (10,000 Power Chain) under Yumio Nawa. In the United States, Mike is a graduate of the F.B.I. Academy where among other subjects he completed the course in Anti-Sniper and Survival Tactics. He is also a graduate of the U.S. Secret Service Dignitary Protection School. At present, Mike is the Director and Chief Instructor of the U.S. and Canadian Branch of Hakko Denshin Ryu JuJutsu, while James Benko acts as an advisor. As a team, they have trained others to become instructors, and have guided the growth of Hakko Ryu in America.