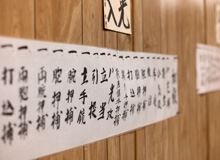 Both the techniques and philosophy evolved until ultimately Hakko-ryu took its current form as a modern martial art (shin-bujutsu) which, in its essence, strives to create more justice in society through the introduction of humanitarian principles of se1f-protection. The groundwork for this was laid before the war and combined both medical and martial techniques. Through use of the meridian system of the body, a hakko-ryu exponent can deliver varying amounts of pain to control an attacker, usually without causing serious injury. This is a distinguishing characteristic of Hakko-ryu, and has won strong backing in the Japanese law enforcement profession. 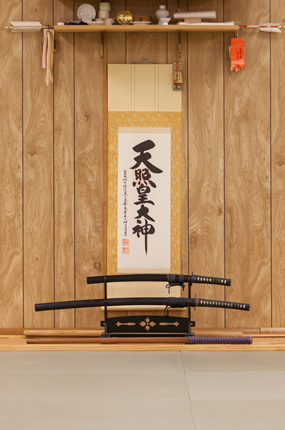 Since that time and until his death in November of 1987, Mr. Okuyama developed a soli following for his system. His method of teaching students individually, rather than in large groups, added to the uniqueness of hakko-ryu and assisted in building its reputation. His son, Ryuho (Toshio) Okuyama, is now headmaster of the ryu and continues, for the most part, his father's original pattern. Hakko-ryu is one of the very few authentic jujutsu ryu which has been succesfu1 in establishing roots outside of the islands of Japan.

It was Mr. Okuyama's goal to see the philosophy of Hakko-ryu accepted as the "common sense of mankind" and although the road was very long this one man, during a very turbulent period, was able to travel a great distance.

Since Ryuho Okuyama founded hakko-ryu 1941, the international headquarters of hakko-ryu has moved to Omiya city, in Japan's Saitama Prefecture. By the end of World War II, Hakko-ryu had completely evolved into a peacetime martial art school and has not been altered since. Over 700,000 people have been trained in Hakko-ryu in Omiya city and international branch schools and millions have heard the word of Hakko-ryu through lectures and demonstrations throughout the world.

Hakko (eighth light) was the name which Mr. Okuyama thoughtfully assigned to his school of jujutsu. Hakko, in the manner used by Mr. Okuyama, reflects great national pride while it explains a main concept of his style of self defense. He philosophically conceived that there are nine color bands in the sun's color spectrum. The eighth of these nine bands, which he refers to as a shade of red, holds the secret of the power of Hakko-ryu Ju-Jutsu. This eighth light of which Mr. Okuyama speaks is seemingly very weak in composition; but in fact, it is surprisingly powerful. Red, as he used it, symbolizes the land of the rising sun - Japan. He goes on to explain that the ninth band, the color purple, creates and develops the eighth light. Purple is the color of royalty and honor in Japan.